How I Cleared Up Adult Acne Naturally

I had acne that was only getting worse as I was getting older. By the time I was in my early 30s, my acne was worse than in my teens.

I was fed up, frustrated, and miserable.

My mother heard of a dermatologist that was quite popular amongst her friends and told me to go see her. She thought perhaps this dermatologist would have something else to offer me. I was reluctant to see yet another dermatologist, I had already seen plenty, and they would all tell me to do the same things (take the pills, use the creams).

But this dermatologist was different. Instead of suggesting a different medication to take or a lotion to try, she told me to stop everything, and let my skin breath and balance itself out. She told me to find the gentlest cleanser I could find, and not put anything else on my skin.

I was quite taken aback from what she told me. I was so used to putting everything on skin. In fact, I was kind of addicted to trying all the latest potions and lotions. I was a skin care product junkie! And to stop my skin care routine, well, that just gave me anxiety!

But, I was desperate. So, I followed her advice, and yes, within a few weeks my skin started responding and healing.

It took 1-2 weeks to get used to not putting anything on my skin after washing it. Over time my skin was less dry, less tight, and eventually it became much less irritate and inflamed.

Taking the creams, lotions, toners, serums, and acne products out of my routine didn’t necessarily take the acne away, but it certainly got rid of the redness, inflammation, irritation and uneven skin tone. It made my acne much less apparent, and much more manageable.

There’s a big difference between have red, ugly, irritated breakouts, and having pimples that are there, but much less noticeable, and easy to cover up.

This for me was a step in the right direction, and for the first time in over a decade, my skin was starting to look a lot better.

So I definitely continued.

If that one step of doing less to my skin could help, I was inspired to find out what else I was overlooking that could be the answer to my problem.

I started experimenting more with my diet. At that point I had been a vegetarian for almost twenty years, and intuitively I knew there was a direct connection between my diet and lifestyle, and the state of my skin and overall health.

I experimented with different diets and taking certain foods out, and adding others in.

Then one day I decided to experiment with the raw vegan diet for 2 weeks. I was interested to see what would happen. And for the first time ever, I started getting rapid skin-clearing results.

I was amazed. It’s not to say that my acne cleared up over night, but it did over time. Day by day, my skin was getting noticeably better. The pimples healed and cleared up, and new ones completely stopped forming.

I cleared up my skin, and stayed on the raw vegan diet for 3 1/2 years!

Over the years, the one thing that I did notice was that even though I was on a super healthy diet, there were still some healthy foods in that diet that caused breakouts for me, and my coaching clients.

When it comes to acne, it’s about figuring out what those foods are (both healthy and unhealthy), that are causing the breakouts.

After being on the raw vegan diet for 3 1/2 years, I started developing deficiencies and it was time to move on from that diet. Many people warned me that if I got off the raw food diet and started eating cooked foods and animal meats again, the acne would return.

But for me, it didn’t. I knew based on my own experience and that of my coaching clients; it’s not so much what diet you choose to be on (whether it be vegan, paleo, raw, low carb, whole food, etc.), it’s about figuring out what the specific foods are (both healthy and unhealthy), that are causing your breakouts and acne.

That’s why you see some people go on a certain diets and their acne goes away, while others follow the exact same diet, and their acne gets worse. When it comes to acne, you need to do the detective work to know the exact foods that are causing the issues, and which ones can help prevent them.

I would also say that there’s certain times in your life where you are going to be more prone to breakouts than others. Usually these time have to do with hormonal shifts and stress. Examples would be when you are having your period, ovulating, pregnancy, childbirth, nursing/breastfeeding, and the onset of menopause. At these times, the hormonal changes and fluctuations can cause breakouts, and you have to be even more diligent with your diet, skin care routine, and lifestyle to prevent them.

How I see it, acne is a lot like weight loss. When someone is prone to putting on weight, has a hard time getting rid of it, and when they finally do, they have to be diligent with their diet not to let the weight come back on. It’s the exact same with acne. You get rid of it now, you do have to do the work to keep it at bay (and of course, it’s definitely worth it!!) 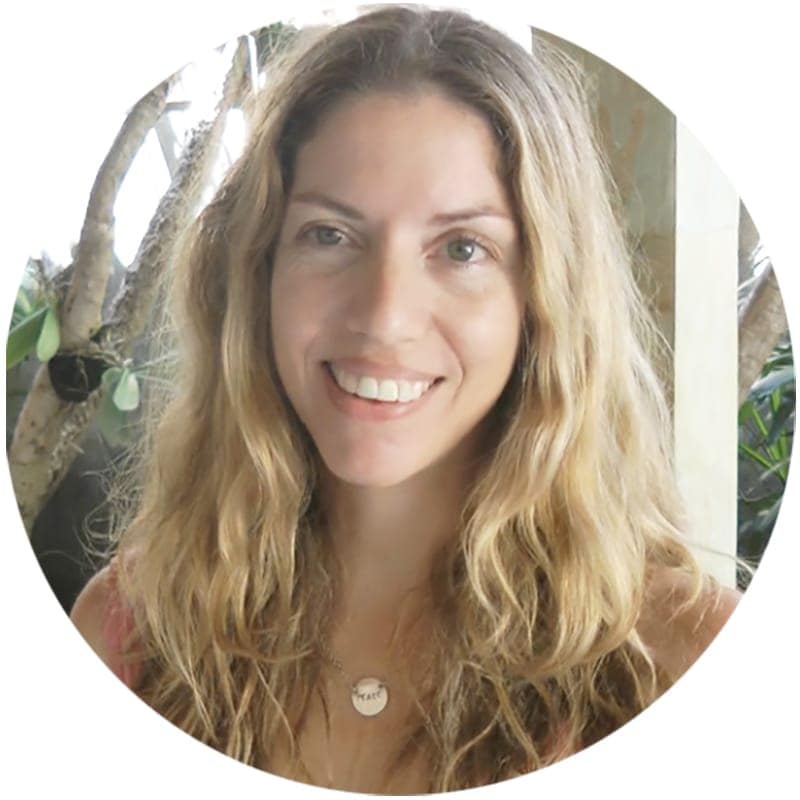 Natasha St. Michael is a Certified Holistic Health Coach and Natural Health Educator accredited by the Institute For Integrative Nutrition. She is a member of the American Association For Drugless Practitioners. For over a decade, Natasha has been coaching her clients how to improve their diet, lifestyle and skin care routine to reach their health goals and have clear youthful skin.

All product reviews, recommendations, and references are based on the author’s personal experience and impressions using the products. All views and opinions are the author’s own.

This blog post may contain affiliate links. An affiliate link means we may earn a commission if you click on a link and make a purchase, without any extra cost to you.

NextWhat To Change In Your Skin Care Routine To Clear BreakoutsNext 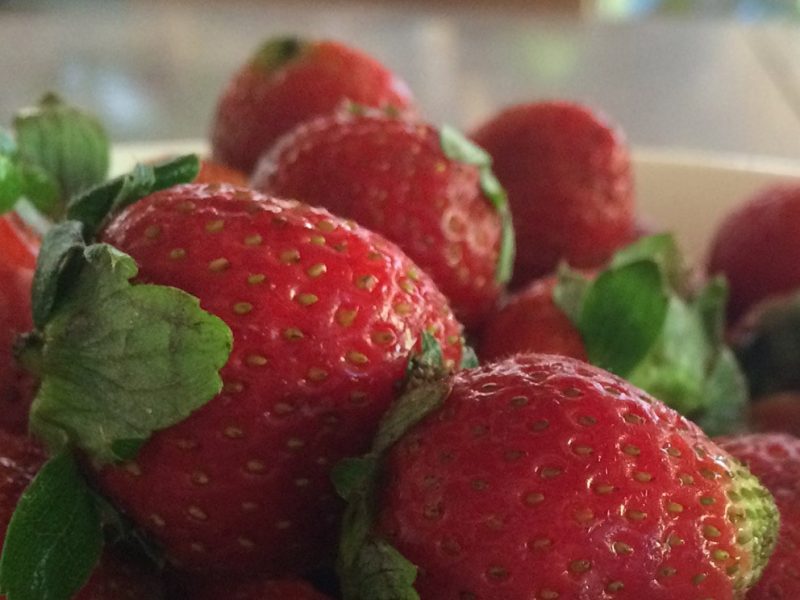 Can Healthy Carbs Cause Acne And Breakouts? 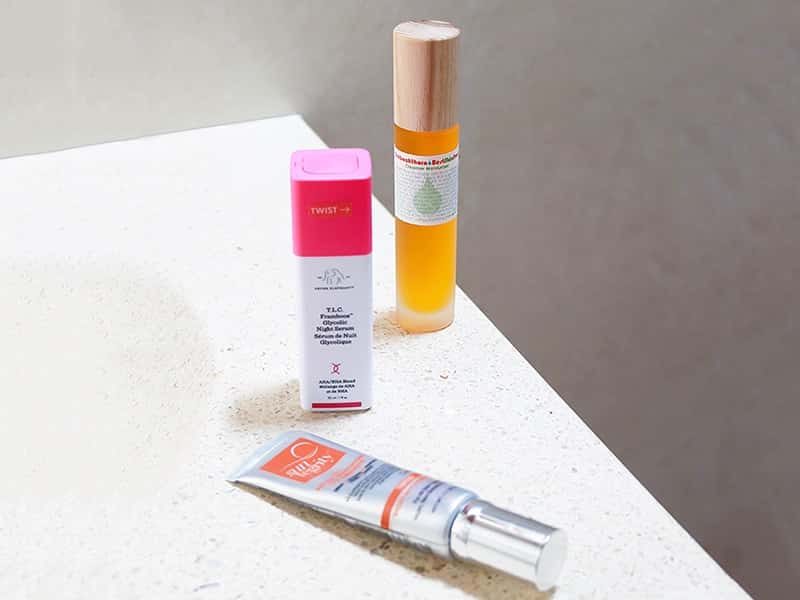 Would You Rather Tag | Green Beauty Skin Care Edition 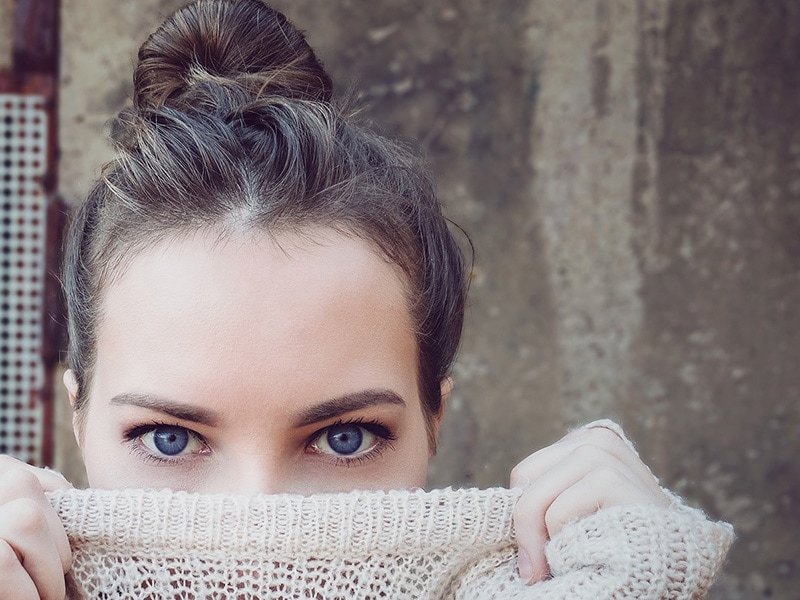 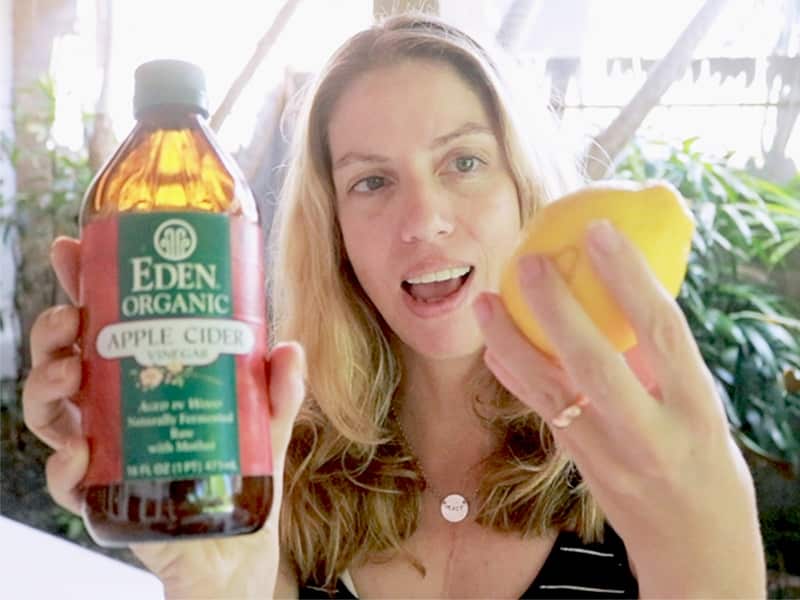 Lemon Or Apple Cider Vinegar For The Face, Is It Safe? 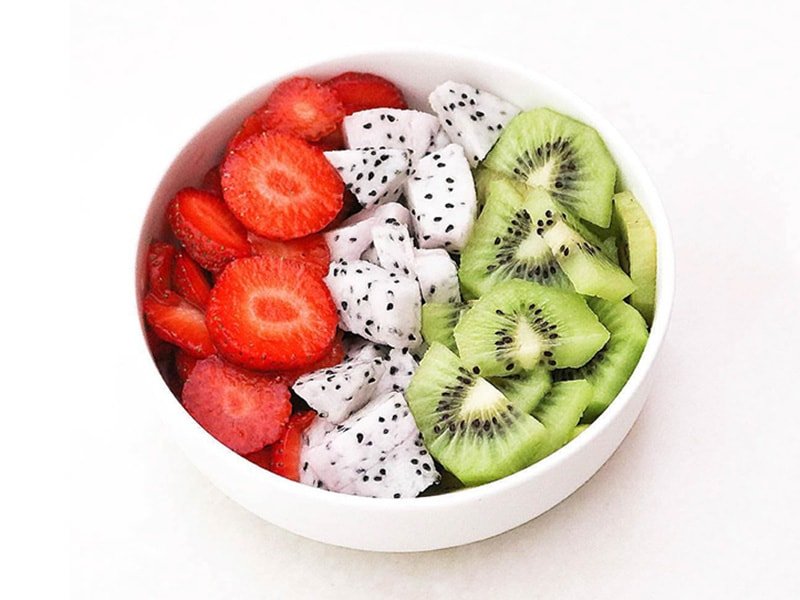 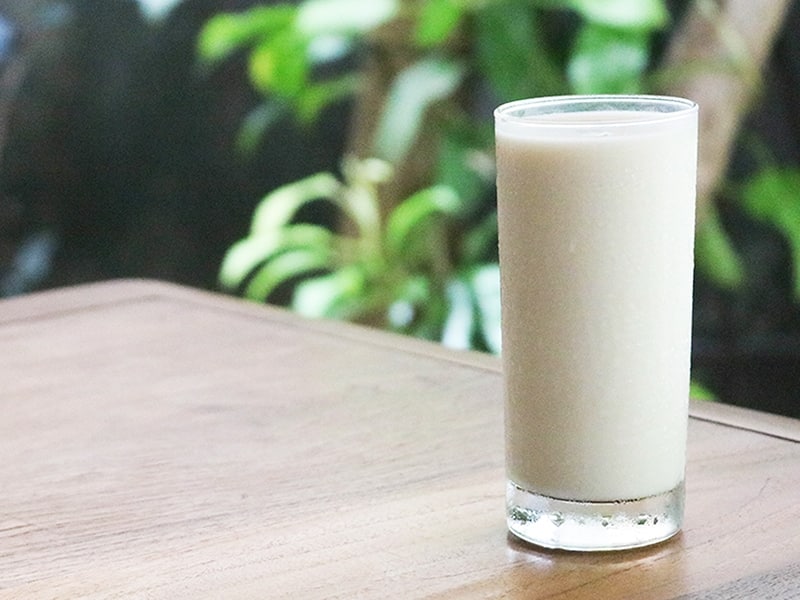 Get the latest updates

All things beauty and self-care delivered straight to your inbox. 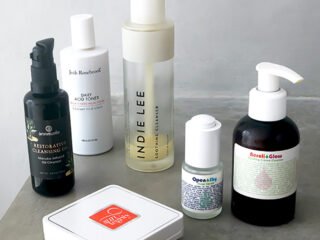 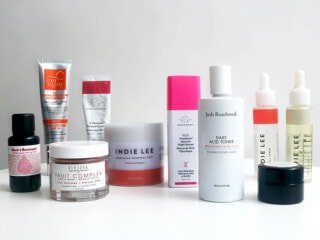 Natural Anti-Aging At 45, What Really Works? 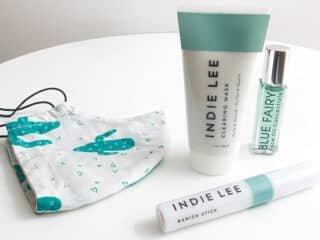 Mask Acne – Tips For Preventing Breakouts From Wearing A Mask 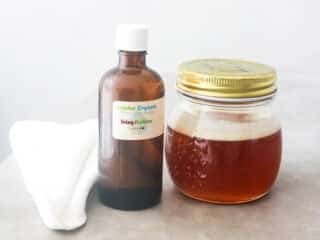 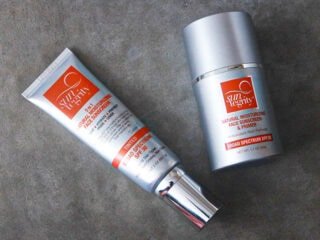 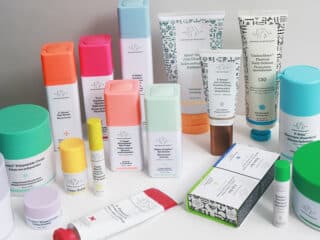 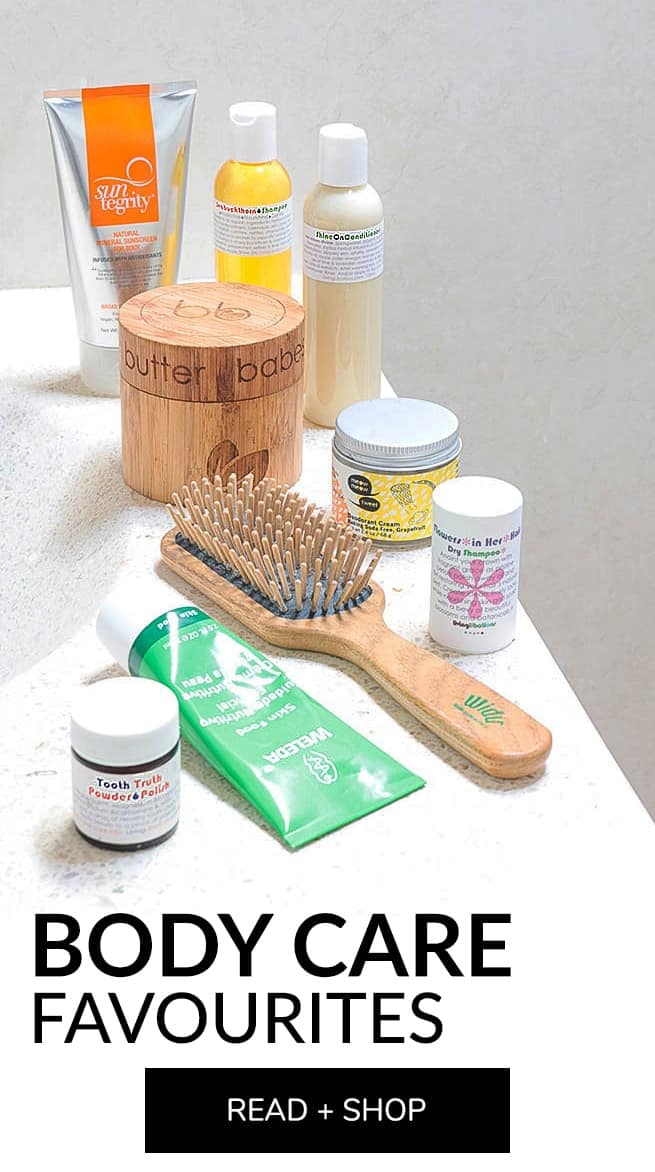 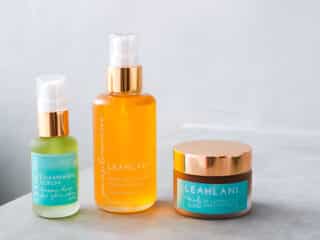 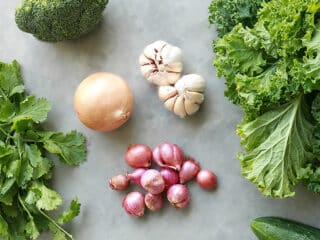 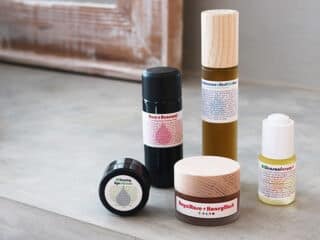 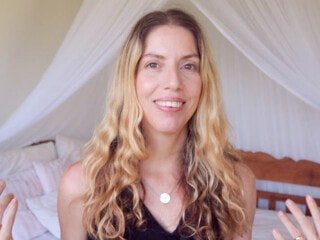 Skin Purging vs. Breakout (How To Tell The Difference) 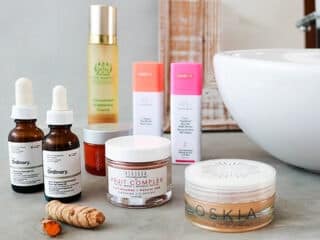 Products For Hyperpigmentation & Melasma, What Worked, What Didn’t? 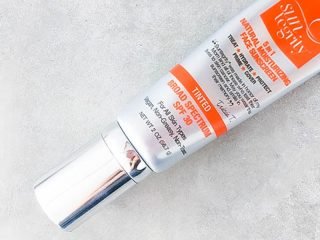 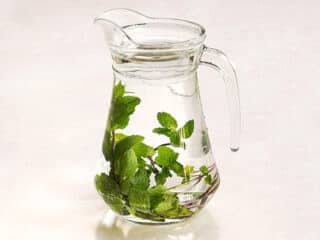 How To Clear Up Acne Breakouts Fast 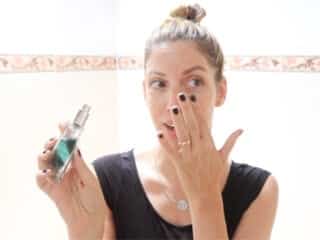 How To Use A Spot Treatment Properly

Join The Waitlist Enter your email address and we will send you an email notification when the product is back in stock.